We encountered a Pauraque (Nyctidromus albicollis) nest on the edge of the access road behind Estacion Biologica, consisting of two spotted eggs in leaf litter. These photographs were taken after the first chick had hatched, leaving one egg intact. 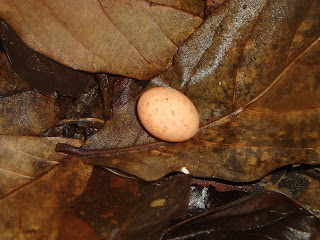 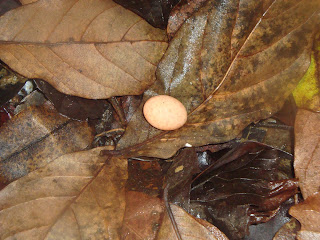 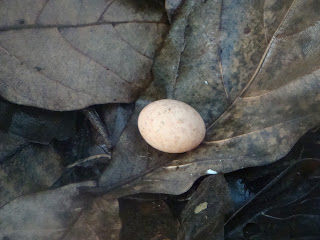 In Nicaragua, the Pauraque is called "pocoyo". Only one meter from this egg were an adult and a chick, both in the photograph below. Can you find them? 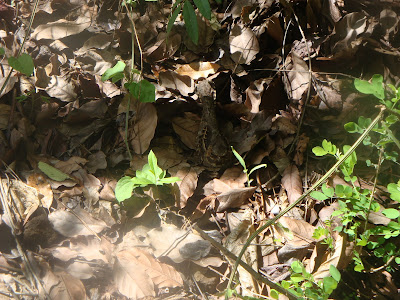 Our nights are often filled with the calls of Pauraques. They sit in the paths and roads in wait of flying insects which they capture on the wing. The Pauraque is one of over 225 bird species found in Laguna de Apoyo Nature Reserve. The staff at Estacion Biologica includes several knowledgeable professionals who can take you on a birdwatching excursion. Please contact us if you are interested in birdwatching while you are visiting Nicaragua.