Here are a few more great reasons to go birdwatching at Laguna de Apoyo Nature Reserve, with thanks to Romain de Jaegere. This set of photos is of the more common birds, which you are almost sure to see in a few hours of birdwatching. 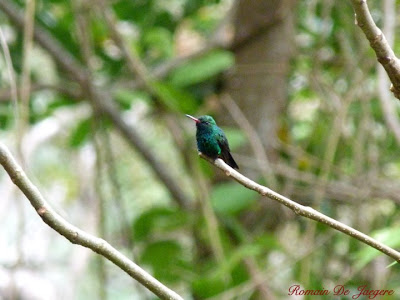 Under appropriate lighting, the male Canivet´s Emerald (Chlorostilbon canivetii) seems to glow. Its nest is a cup measuring no more than about four centimeters across, often placed not even one meter above the ground. This is the smallest of the ten hummingbirds recorded in Laguna de Apoyo Nature Reserve, and it is relatively easy to identify. Hummingbirds eat very small flying insects and spiders, and drink nectar. 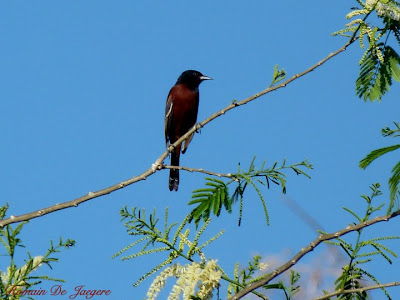 The Orchard Oriole (Icterus spurius) is a migratory species, present in Laguna de Apoyo Nature Reserve from October through May. It will be near trees with juicy fruits and flowers with nectar, in the canopy of trees or actively feeding on flowers, although it will take insects as well. 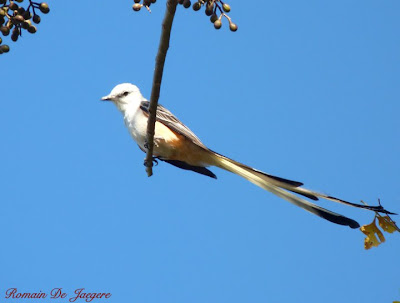 Another migratory bird commonly seen in Laguna de Apoyo Nature Reserve is the Scissor-tailed Flycatcher (Tyrannus forficatus). Like most flycatchers, they can be seen making forays to catch insects on the wing. In the late afternoon, large flocks amass and move toward roosting areas, allowing views of dozens at a time. Although insectivorous, they may be seen pecking at fruit with the dry season is at its peak. 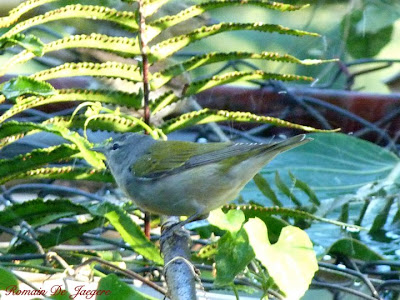 Migrant warblers and vireos fill the forest canopy with chipping sounds, but most of them are migratory. Nonetheless, the forest is not empty when they have moved northward. The Lesser Greenlet (Hylophylus decurtatus) is resident here in Laguna de Apoyo Nature Reserve, but commonly forms loose feeding flocks with migratory insectivorous birds, Summer Tanagers and other warblers and vireos. It tends to stay at midlevels under forest canopy. While not uncommon, it is less conspicuous than most insectivorous birds and is easily missed. 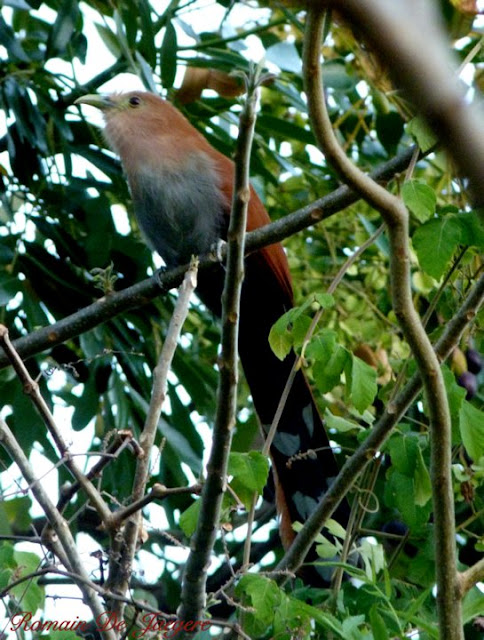 The squirrel cuckoo (Piana cayana) lurks in midlevel vegetation, and hops from branch to branch with movements that suggest a squirrel, from which it gets its name. This resident bird is common in Laguna de Apoyo Nature Reserve and ranges throughout the tropical and subtropical habitats from Mexico to Argentina. Although many other cuckoos are brood parasites, this species builds its own nest and provides parental care to its offspring. 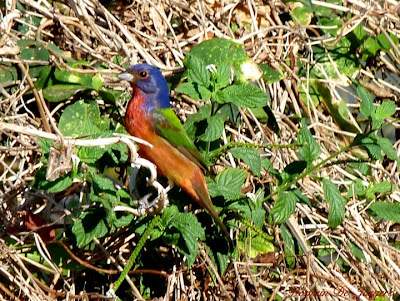 The male Painted Bunting (Passerina ciris) stands in dramatic contrast to the female, whose yellow-and-green coloration provides excellent camouflage as it feeds on grassy seeds in undergrowth in open areas. It breeds in the southern and eastern US and northern Mexico, and migrates our way as a winter resident. Intensification of agricultural practices in the southern US have reduced its habitat so much that it is now listed as Near Threatened on the Red List. They are common enough in Laguna de Apoyo Nature Reserve that we have captured several in our bird monitoring program. This and several other birds here are on the Endangered Species list. 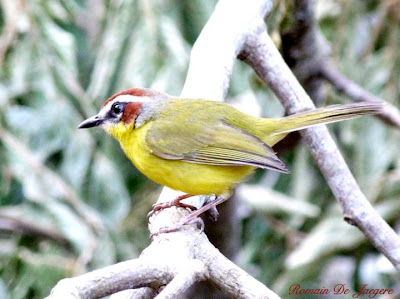 The Chestnut-capped Warbler (Basileuterus delattrii), considered by some to be a subspecies of Basileuterus rufifrons, is our only resident warbler in Laguna de Apoyo Nature Reserve. Unlike the migratory birds, its bill is relatively thick. A pair drinks from our water tank daily, and will land within ten meters of a quiet observer.

These species all provide plenty of opportunities for nature photography. The birds here have something to offer to scientists and nature tourists alike. All the pictured birds are likely seen in a single day of birding in appropriate conditions. Estacion Biologica can provide a skilled guide to lead a nature walk to see these birds and more. ﻿A typical morning birdwatching excursion with our guides yields thirty or more species of birds.

The pictures in this entry are very lovely. They truly capture the unique nature of Laguna de Apoyo. Their beauty reminds me of this famous quote by Emily Dickinson:
"I hope you love birds too. It is economical. It saves going to heaven."
Laguna de Apoyo, in my opinion, certainly is a kind of Eden.

I enjoyed seeing a colony of nesting Montezuma Oropendolas.